E-Commerce In Our Social Media Age

What Is The “Selling To Venus” Program?

When you join Selling To Venus,  you become part of a small group dedicated to respectfully communicating and informing women about important issues, concerns, and interests in their lives.

We build relationships with our prospects and customers this way, and in doing so, build the trust required to then profitably make suggestions about products they will love to own, (and buy from us).

If You Want To Sell Online – Target Women

Women and men not only shop differently online — women also drive most e-commerce spending. Here’s how to target your best online customers. 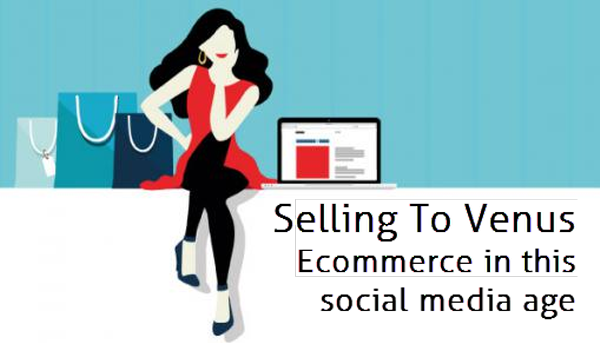 Please scroll down to see your payment options

Special for 6 In 6 or Pet Riches

Senior women age 50 and older control net worth of $19 trillion and own more than three-fourths of the nation’s financial wealth.

Wealthy boomer women are the marquee players in our country’s culture and commerce. They are educated, have a high income, and make 95 percent of the purchase decisions for their households.

Once the college bills are out of the way and children launch their own households, the discretionary spending power of 50-plus women soars. They spend 2.5 times what the average person spends. Women are the primary buyers for computers, cars, banking, financial services and a lot of other big-ticket categories.

Women represent the majority of the online market

• 92% pass along information about deals or finds to others

• 171: average number of contacts in their e-mail or mobile lists

• 76% want to be part of a special or select panel

Women make more online purchases (61 percent) than men do and account for nearly $6 out of every $10 (58 percent) spent online.

“Our research helps illustrate just how massive an opportunity exists for marketing to women and the advantage of developing technology and products that speak to their needs and improve their lives,” said Linda Abraham, comScore’s chief marketing officer, when the report was released.

For instance, women use their phones to “tweet” and “friend” 10 percent more than men do and, on average, send and receive 30 percent more monthly text messages, according to Nielsen 2010 data. Worldwide, comScore found that women average 5.5 hours per month on social networking sites, compared to men’s four hours.